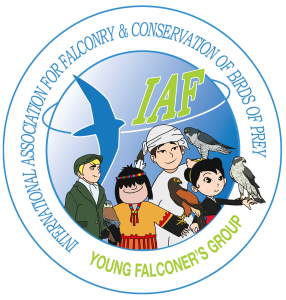 The IAF Young Falconers is a working group within IAF, begun during the IAF meeting in Argentina (2015). It is composed of young people between 16 and 29 and is open to everyone with no other barrier. Membership expires as soon as a member turns 30. Its main purpose is to create direct lines of communication line between young people, young people from all around the world, in order to exchange and share ideas, emotions, and even simple events or sketches from everyday hunting life.

The idea came during the 2014 IAF meeting in Doha, where there were opportunities for young people who came from every part of the world to get to know each other. There is a kind of invisible wire that connects falconers and makes us equal, in spite of the distances. These young people were all inspired by a great passion, a will to exploit their energies in a constructive way. They are willing to find their way into a world that is not yet their own, since it is still mostly held by the older generations. A group reserved for young people is very useful to broaden opinions among the general public.

IAF Young Falconers Group is to popularize falconry among young people who would like to get to know this art. This can be made possible by going actively to schools or participating in events. The purpose is to show that falconry is still alive, even if it is thousands of years old. It is to make clear that it is not only practiced by old retired people with nothing else to do or by aging professionals, but also by young men and women whose lives are still to be built and who would rather spend a day in the open air than staying home dying on Facebook chat.